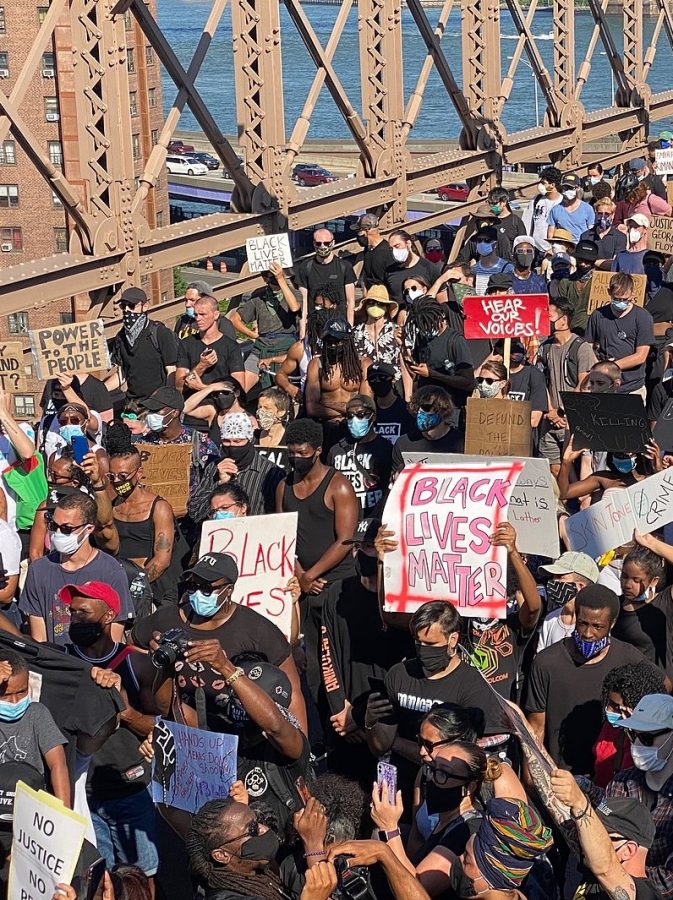 Protests and Riots: Why the Distinction is So Important

Following the deaths of George Floyd, Breonna Taylor, and countless other black lives that were lost to racially motivated police brutality, people came out in droves to protest last year.

While some sources such as the Carnegie Endowment for International Peace suggest only one million people attended these protests, other outlets claimed otherwise. According to a poll conducted by the Kaiser Family Foundation, 26 million people may have participated, with other polls suggesting equally high numbers such as 23, 18 and 15 million people.

However, one misconception lies in the distinction between protests and riots. Tucker Carlson, a well known and increasingly popular conservative talking head has repeatedly described Black Lives Matter protests as “BLM riots.” But are they really riots?

The dictionary definition of riot comes from Merriam-Webster, who define it as “a tumultuous disturbance of the public peace by three or more persons assembled together and acting with a common intent; public violence, tumult or disorder.”

Annie Wright Schools’ Alicia Mathurin classifies a riot as a “violent way of delivering a message that you disagree with or oppose something.” Mathurin organized a protest in the summer of 2020 against racial injustices and systemic racism. (To learn more about the work Mathurin has done, check out Alicia Mathurin Spotlight on page 10)

Mathurin stresses that protests are important because they “represent a community of people with similar values coming together using their voices, resources and presence to advocate for someone or something. To make change for their community or the community they are advocating for…. That is powerful and moving to witness.”

Mathurin also believes riots can be important, but in different ways. “It’s hard to say this because I am a believer of a reality where harmony and peace can be experienced by all of us, but unfortunately that is not our current truth. Riots are valuable when they are used to combat oppressive and violent forces. There are places and times in our history and current day, where there are systems designed to harm and sometimes murder a community of people. In those situations, riots can be necessary to bring awareness and change.”

Mathurin says last summer’s protest was organized due to her frustration with targeted police brutality against black people. “I am growing sick and tired of hearing about my black people being murdered by police officers. No one deserves to be murdered, especially unarmed and by people that swore to protect us. That is a crime and when the world watches these murderers go unpunished, it confirms and empowers the evil racist system we are still living in. I have to say something…Our march started on the Eastside at the Portland Avenue Community Center. My Indigenous family from the Puyallup Tribe of Indians Tribal Council blessed the land and community with songs, dances and prayers. They stand in solidarity with us and we wanted our city to see that. Donors brought masks, waters and bundles of sage to burn along the march. We gathered and marched, escorted by the police, to 56th and back while singing songs and screaming “Stop killing us!” We said the names of the victims we know of and honored the ones we have forgotten. It was beautiful. It was sad, but it was beautiful.”

Another facet of the discussion surrounding protests and riots Mathurin pointed out was the racial double standard. “I believe that when protests are organized [by] and for BIPOC communities they are labeled as riots and when white people gather they are seen as peaceful protests.”

So, were the BLM demonstrations protests or riots? According to a study published by the Armed Conflict Location & Event Data Project (ACLED), more than 93% of BLM protests were peaceful. The report classifies violent demonstrations as “events in which the demonstrators themselves engage in violently disruptive and/or destructive acts targeting other individuals, property, businesses, other rioting groups, or armed actors.” Such demonstrations can involve “fighting back against police,” “vandalism,” “looting” and more.

These definitions seem to match the ones previously mentioned, so, according to the data, these largely weren’t riots, they were protests.

Conversely, Carlson was quick to dismiss the capitol riot of Jan. 6 as a “political protest [that] got out of hand after the president recklessly encouraged it.” The riot Carlson is describing took place due to months of right-wing fake news claiming that the election was stolen from President Trump. During the riot, looting and vandalism both took place. The pro-Trump mob broke windows and shattered glass, as well as blatant theft. Not only that, but the riot caused great tumult and disorder. In addition, upwards of 65 people have been arrested by the FBI for assaulting police officers.

The capitol riot checks every box to be considered a riot. And yet Tucker Carlson insists on calling it a political protest.

The distinction between protests and riots may seem nearly inconsequential, but it is profoundly important to our current political discourse, and how news outlets, politicians and even common people refer to these demonstrations.