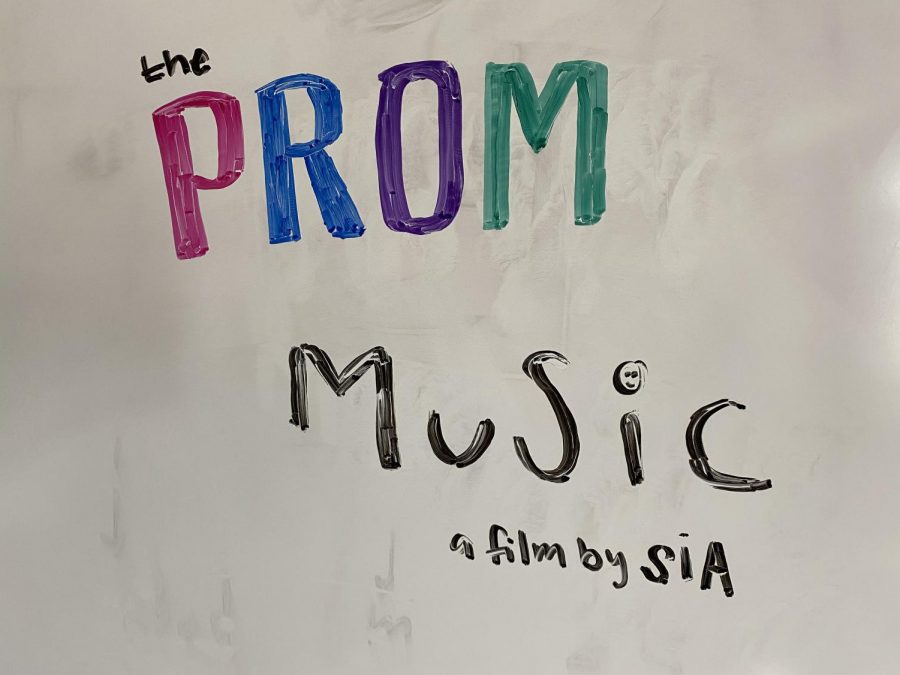 Many 2020 and 2021 film releases were met with backlash due to inappropriate casting and portrayals.

The film and television industry is far from lacking iconic performances. Recently however, more and more acting roles have come over scrutiny by fans wondering if the role’s casting and portrayal was problematic.

Two recent examples come from Sia’s Music and The Prom. Both include controversial characters based—as fans pointed out—largely on stereotypes, portrayed by actors who do not identify with the roles they are playing.

Music, created by multi-millionaire singer-songwriter Sia, has attracted substantial negative attention over its portrayal of a young woman with autism named Music. Starring Maddie Ziegler as Music and Leslie Odom Jr. as the charming neighbor, Ebo, the film came off to a rocky start, earning only $450,000 on its first full week released in Australia. This poor box office showing comes in response to a hefty $16 million dollar budget.

Erin Picken (USG ‘23) says, “I’ve seen the whole thing and I believe that the issue is not only the fact that Maddie Ziegler isn’t autistic but the fact that Sia has disrespected autistic people by ignoring their critiques of the movie and working with Autism Speaks. The movie perpetuates both racist and ableist stereotypes and is a horrible attempt at wokeness by Sia.”

As Picken points out, the film received backlash not only for casting a neurotypical actress (neurotypical referring to someone who is not autistic and does not display atypical patterns of thought or behavior) to play a neurodivergent character (someone who is autistic or does display these patterns), but the movie also worked closely with Autism Speaks, a foundation based on the principle that autism is a disease that must be fixed. In fact, up until 2016, the word ‘cure’

Additionally, many critics pointed out that Leslie Odom Jr.’s character, Ebo, is portrayed as a “saintly immigrant” who serves the single purpose of helping the white main characters succeed in life. As an article from the Guardian explains, “Odom Jr. has a sad look in his eyes that suggests he’s making a mental note to enter a witness protection program every time his character has to utter the words, ‘In Africa …’ or, ‘Back in my village …’ He exists only to impart his wisdom so that Zu can better herself.” This, in addition to a scene where Ziegler seemingly wears makeup much darker than her skin tone, further adds to the list of problematic moments in the movie.

Julia Henning (USG ‘21) agreed, “I think the part that was most wrong out of the whole situation of a neurotypical actor portraying a neurodivergent character was not the actress’ fault but the fact that Sia didn’t apologize or make any attempt to listen to the autistic community and rather just defended herself and her actions.”

As Henning mentions, Sia was quick to dismiss critique of her film. Soon after the film’s trailer was released, a large amount of backlash surfaced on the social media platform, Twitter. In response, Sia ignored comments, and continuously defended her choices. In one response to a tweet, she mentioned she had “tried working with a beautiful young girl non verbal on the spectrum and she found it unpleasant and stressful.” While the tone may seem kind and caring, it simply accentuates the damaging behavior by Sia in this situation: as many soon pointed out, instead of attempting to accommodate the young actress, Sia instead fired her and immediately cast Ziegler, Sia’s goddaughter.

Music was a film riddled with misguided intentions and ideas, and ultimately, as Terah Gruber (USG ‘21) says, “[It was] inappropriate to cast Maddie [Ziegler] and Sia is to blame.” In fact, after the film’s release, Ziegler expressed regret for acting in the movie.

Just as Music starred a neurotypical actress in a stereotypically neurodivergent role, The Prom featured a straight man playing a flamboyant and stereotypical gay man. In The Prom, James Corden, popular comedian and host of The Late Late Show, was cast to portray a gay man, although Corden is straight. This choice of casting was criticized by many, including some AWS students.

Henning said, “I believe it was wrong for the casting directors to hire someone who they knew was not of the same sexual orientation and origin of the character. It is such an important and raw story and he just made the character this stereotypical flamboyant gay character.”

As Henning mentioned, The Prom is a raw story. Based on a Broadway musical, the movie follows a small town girl who is banned from attending prom after she asks if she can bring her girlfriend. The conflict catches the attention of a group of washed up actors who decide to help out the young girl, and of course, shenanigans ensue. Although the movie is lighthearted and fun, it doesn’t shy away from showing blatant homophobia and the continued fight for LGBTQIA+ rights. So, to watch Corden play a flamboyant gay character with a stereotypical accent felt frustrating to many.

As Emily Muehlenkamp (USG ‘21) wondered, “Why in the world did he feel like he needed to do an accent?”

While many were quick to criticize, others were unsure: “I’m conflicted about is because, on the one hand, straight men shouldn’t shy away from playing gay characters to help dispel the image of gay being a bad thing. However, at this point in time, we also want to shed light on LGBTQ+ actors, which is more important than big names. As for his performance, it was pretty stereotypical, but I’m assuming it was based on the original musical character, so I’m not too worried about it,” said Madeline Strate (USG ‘23).

So who can portray what?

Despite this criticism about problematic representation, does it matter who plays who in theatre?

Sofia La Rosa (USG ‘23) says, “I don’t think it’s a problem, theatre is all about playing different roles. Women play men and men play women. The job of the actor is to represent a story through characters. I think what’s important to remember [is] that when it comes to theatre it doesn’t matter who’s playing the characters, it’s how they tell the story.”