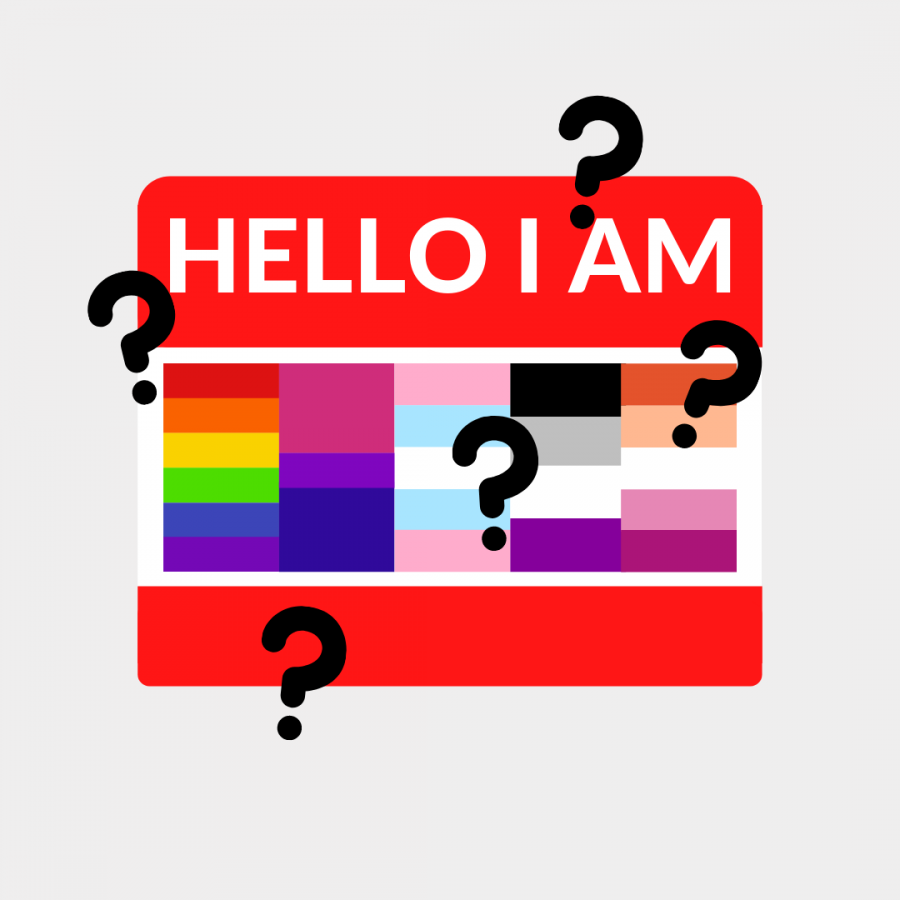 Labels can be used to express one’s identity and also tie them to the communities they are a part of.

A Look at Labels

Labels are terms people use to identify and express their sexuality and gender identity. For example, the acronym LGBTQIA+ stands for the following labels:

Lesbian is the term used to refer to a woman who is attracted to other women.

Gay is an overarching term for attraction to the same gender. Note that the term gay can also be used by people who identify as gender non-binary.

Someone who is transgender identifies as a different gender than their sex assigned at birth.

Queer is an umbrella terms that encapsulates all expressions and identities that are not heterosexual (straight, attracted to the opposite gender) or not cisgender (one who identifies with their assigned sex).

Questioning is a term used for someone who is exploring and questioning their sexuality or gender identity.

Intersex people are born with biological and anatomical sex characteristics that do not match defined female and male anatomy.

An ally is someone who does not identify as LGBTQIA+ but who supports and sides with the community.

Asexuality refers to the complete absence of sexual attraction to other people.

Below are some labels used by interviewees in this article, in order of mention.

Demiromantic is the term used to describe people who only feel romantic attraction to people they are already close to and have already formed emotional bonds with.

A demigirl is a person who does not fully identify as a woman, both socially and mentally.

The label non-binary refers to someone who does not identify with either gender binary (male or female).

Transmasculine is an umbrella label that describes someone who is assigned the female sex at birth but indentifies and expresses with masculinity.

For a more complete glossary of labels, visit the Human Rights Campaign’s website.

Upsides and downsides of labels

For some people, labels are a useful tool in understanding and expressing their identity. In a supportive, educated and understanding community, labels can be helpful for those who like to use them. One positive of the use of various labels is finding a community that has gone through similar struggles and has dealt with the same insecurities.

A Upper School for Girls (USG) student who asks to remain anonymous, and will be referred to as “Lydia” stated, “As someone who identifies as asexual, I find labels to be very helpful. In my experience, the asexual community gets a lot of “you’re broken” and “you’re too young to know yet.” These comments are certainly common in other LGBTQIA+ communities as well, but we have to deal with it a significant amount–because ‘how would [someone young] know what sexual attraction is yet? Maybe you’re just a late bloomer.’ That concept in particular really stuck in my head for a while. After I learned what being asexual is and heard about other people’s experiences with it, so much about the way I saw the world made sense.”

Jay Keltner, a high school student, described their experience: “When it comes to connecting with other people, labels are helpful for me because it’s something I can have in common with them. They help me feel like part of a community, and remind me that I’m not alone.”

Labels can be helpful as someone tries to navigate their identity. Lucien Amundson, a high school student at Todd Beamer, said, “[Labels] have allowed me to explore myself and my identity and find what feels right for me. Overall, I think labels are very helpful when you’re trying to figure yourself out and getting to know yourself better.”

Additionally, labels are flexible. People are allowed to be questioning, to tentatively identify one way. Labels can change.

“At first, I was still hesitant to actually accept I could be asexual because maybe my attraction just hadn’t kicked in yet. It wasn’t until I realized labels don’t have to be permanent that I started saying I was asexual. Because labels are broad terms that vary for everyone, and it’s rare that someone finds one label and sticks with it for the rest of their life. Sometimes you have to switch things up, and that’s okay, because for me it’s all a part of figuring myself out. This wasn’t a really big change, but as an example, I used to identify with the term demiromantic, but now I feel more comfortable with the term grayromantic,” said Lydia.

Labels do not have to be used to permanently categorize oneself. Labels are meant to help express one’s identity, and if someone’s identity can change then labels too can be variable.

Lydia explained, “The bottom line, in my opinion, is that labels help you understand yourself better. Finding out that there are other people like me that have gone through the same experiences, realizing I’m not alone or broken or weird or wrong, makes me feel much more confident in my identity.”

While labels are favorable for some people, they can be counterproductive and stressful for others. When societal pressure invalidates people for not knowing or presenting the right things about their identities, labels can be seen as another means of forcing people into boxes.

Katherine Maas (USG ‘23) stated, “I think that society’s obsession with labels is really absurd, especially when it comes to labels for things like sexuality and gender identity. For one, identity is constantly fluctuating. One of the whole points of being human is the fact that we change. We go through phases, and that’s not a bad thing. Sure, last year I was obsessed with this show, but it’s been a whole year — I’m allowed to have new interests. As such, people shouldn’t be pressured to label themselves if they aren’t sure how they feel or if they don’t fully agree with that label.”

Maas emphasized that labels are not necessarily a negative thing in itself, but it is rather the pressures surrounding choosing a label that are responsible for these cons.

“As much as society wants to entirely enrapt your full identity in just a few labels, there’s no reason to listen to this societal urge. At the same time, especially because labels can change frequently, if you want to label yourself, don’t worry about the permanence.”

Additionally, when it comes to sharing one’s labels, an obstacle many people have to overcome is when others take those labels as a permanent identity. Because of this, even if someone is comfortable personally changing their labels, those around them may not accept the new way the person identifies.

“When I was younger, I really felt the urge to label myself. I wanted to be able to say ‘I’m pansexual!’ as soon as people asked how I identified; labels for me were originally a source of pride, a way of wrapping up the important parts of me in one word. As I got older though, I realized that pansexual wasn’t inherently the best label for me. I questioned whether I truly was attracted to all genders, or if only being attracted to feminine people would still fall under the umbrella of pansexual. Soon, that label didn’t feel like a source of pride anymore, but something that people knew me as, and how could I change that?” said Maas.

People also may not always be able to identify with given labels. Someone may not know the specifics of their identity, only that they are different from the norm society imposes upon them. Additionally, labels can be too specific; they can include some aspects of one’s identity but exclude others.

Keltner stated, “For me, labels are really fickle. Without them I wouldn’t have been able to figure out I wasn’t cishet (cisgender, heterosexual), but I don’t always connect with them. They’re useful for first impressions, but it’s easy to find a label and not feel secure when you start using it.”

“I use she/they pronouns, but I don’t really consider myself a demigirl, and I like men, women and everything in between, but I don’t resonate with pansexual. I remember when I was younger, those are the labels I used but as I’ve grown older it kind of feels like I’ve grown out of them.”

Labels can also be restrictive, especially when others have an unbending standard in their minds. This leaves little room for individuals to personally interpret the labels they explore.

Amundson said, “When I first was exploring my identity, I labeled myself as nonbinary, but as time went on I felt as if it didn’t fit quite right since everyone was saying you had to be neither female or male to truly be nonbinary, which is why I started identifying as a trans man. However, that didn’t feel right either as many people think that if you’re a trans guy you need to be masculine and all that jazz. Eventually I was able to figure myself out, which is that I’m just a transmasc nonbinary person, but it took a while and it was largely because there’s still ideas of what’s right and wrong in certain labels, when really it should just be what feels right to you and not what society says should be right, you know?”

Maas stated, “Eventually, I got tired of this never-ending question of whether pansexual was good personal label, and now I just identify as queer. Is that very vague? Yes. But why do people need to automatically know what exactly my attraction is when I originally introduce myself? It may not be the most descriptive word, but it’s the one that I’m most comfortable with right now, and as such the one that I’m going to use.”