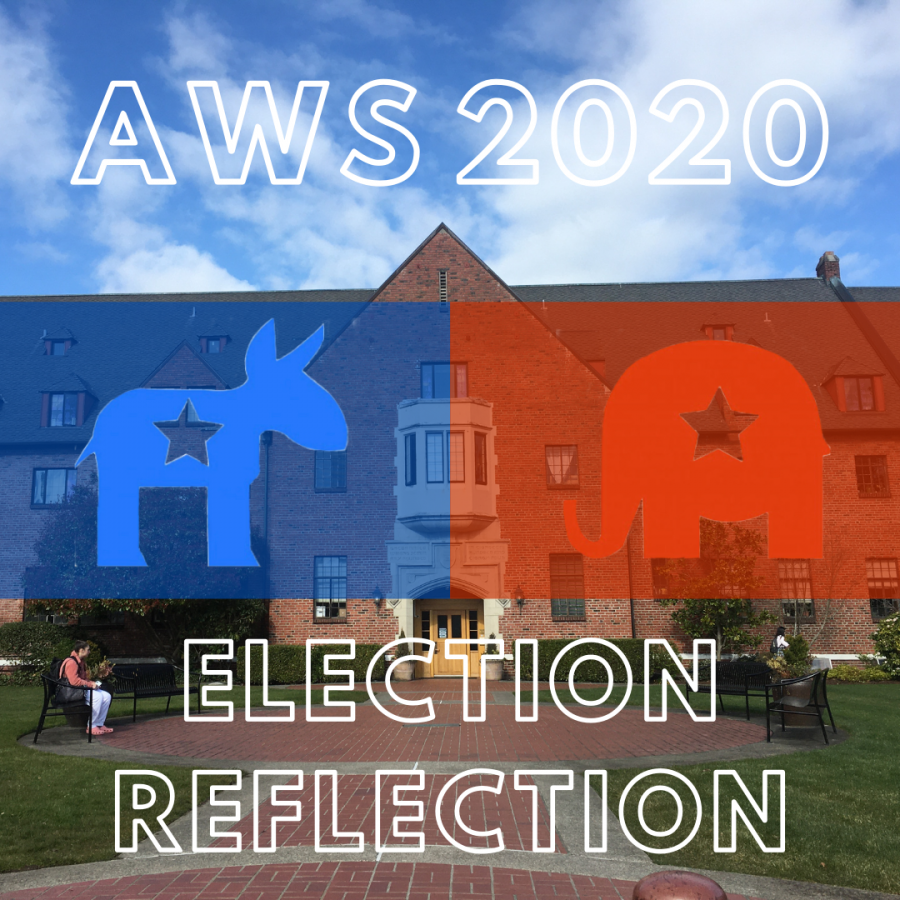 Joe Biden was elected the 46th president of the United States on Saturday, November 7 after a close race with incumbent Donald Trump. Inkwell asked Annie Wright Upper School students: What are your thoughts on the future of US politics and political climate?

“I think that the current direction that the president is leading us to, I support for the most part. If he could follow through with those ideas it would be great.” — Alyssa Sanders, 9th grader

“I think the political climate is very divided and I think the future of US politics really depends on if different sides can come to compromises and be civil with each other.” — Emily Leise, 9th grader

“I think that the political climate will not change dramatically, but I believe that there will be more professionalism in the way that the White House interacts with the legislative and judicial branches.” — Laynee Resnikoff, 10th grader

“I think that the right needs to embrace science a bit more, it’s getting sorta ridiculous. And the left needs to learn how to explain their ideas, it ends up a bit incoherent. I believe that the political climate will continue to be more polarized and gridlocked, as has been the trend for the past decades. Joe Biden (who will likely only have control of one chamber) will struggle to pass legislation, and the Republicans will stop anything the Democrats want done. The Republicans will cater more and more to blue collar workers, while Democrats will cater to the white collar workers. If Trump doesn’t run in 2024, we will likely see another populist similar to Trump.” — Seth Dugan, 10th grader

“As the mainstream media is extremely liberal, the political climate will appear to have settled down, because the loudest voices in politics are satisfied. However, I think there is still a lot of tension between the parties at this point, and unless Biden can appeal to both right and left leaning Americans, the tension will remain. But even more than that, I believe that the resolution of tension is in the hands of the American people. Americans are practically split down the middle in terms of political affiliation, and people cannot stand to hear the other side’s views. In order for the divisiveness to come to an end, the American people need to come together and stop the constant hate for the other side. We are all people, and the vast majority of people are good, whether you want to believe it or not. The other party is not your enemy. And people must remember that in order for the United States to be united once again.” — Samantha Salamone, 11th grader

“I believe that the political climate will hopefully be less hostile and more unified towards creating a more just and equitable country and world. The election of Joe Biden as president is an exciting prospect for me as an LGBTQ female because I have hope that rights will progress instead of be taken away. I feel that, because of the 46th president, I will have more opportunities available to me in the future.” — Emily Muehlenkamp, 12th grader

“I think there’s been a lot of presidents in the past, and there will be a number of new ones in the future. So that will be something interesting to see. I am personally hoping that both parties will put forward new candidates in 4 years. I base that hope on the thought that both Trump and Biden will have gotten too old to serve as president. I’d like to see some new options outside of the current establishment— options that don’t include Trump!” — Nelson Athow, 12th grader

“For the time being, it looks as if our highly polarized political culture of negative partisanship and of general instability is here to stay. In the near term, the Senate runoffs in Georgia will essentially dictate the extent to which the Biden administration will be able to implement their agenda, at least for the next two years.” — Eli Dugan, 12 grader

“If Biden is president, he will be much easier for China. He doesn’t have Trump’s grudge against China.” — Thinh Dang, 12 grader