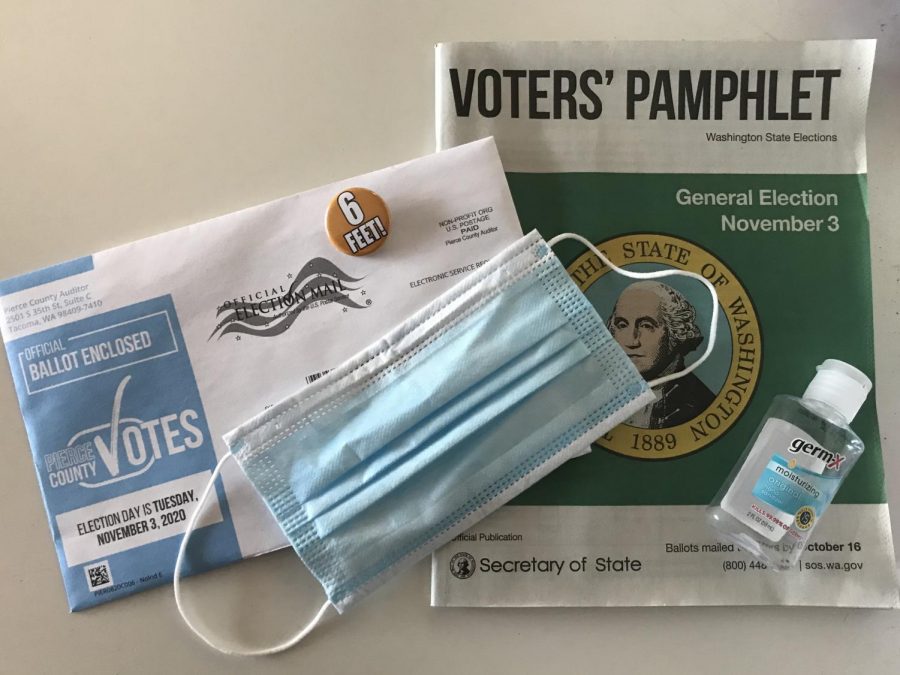 Julia Henning and Olivia Near

From March to November, voting protocols across the country changed because of COVID-19.

For some, the process of voting will seem very different from previous years. On the other hand, new voters won’t know the difference. There have been a lot of factors that have made voting more difficult this year. However there’s also been more emphasis on voting through advertisements, forums, and even on social media.

For Matt Borus and Emily Smith, Ph.D candidates at the University of Chicago, voting in the primaries occurred at a time when knowledge around COVID-19 was limited. Both participated in voting on the UChicago campus in March before the university had officially decided to close campus for spring quarter. Closures were occurring quickly nevertheless as UChicago announced its closure shortly after. And according to Borus, the governor announced that schools would close for two weeks while he was standing in line to vote.

The protocol was different at the time for COVID-19 regulations. While lines were marked around the street for social distancing and sanitization of voting machines was frequent, every voter touched and passed around the same clipboard, and mask wearing was not common at all.

“I was still hearing a lot of conflicting information about masks because they hadn’t figured out the [technicality]. People were saying that only a N95 mask would protect you,” said Smith.

For the November presidential and local elections, both Smith and Borus will be filling out their ballots at home and dropping them off at a nearby dropbox due to health concerns and to decrease the contact for poll workers as well.

In addition to voting changes, Borus spoke to the change in general about the election and organization that COVID-19 has brought.

“One thing that is really striking is the turnout in organizing work has massively changed, even on a local level,” said Borus. “The fact that so much is happening in non-contact ways leaves so many questions about ‘is that effective’ or ‘how many people are being reached’? Is a text via phone likely to be as effective as a door conversation? In the past, I know the general feeling has been if someone says ‘get away from my door’, you’re still able to leave a card of information there. And a lot of that is not happening right now and how that’s going to affect the outcome, who knows?”

In Washington, millions of voters are casting their ballots for the upcoming election, and many young adults have registered as new voters during the COVID-19 pandemic.

Maleila Henry-Mitchell, a new voter and senior at Annie Wright, recently attended an online event which helped to inform registering voters, and they feel that “there’s definitely a lot of material encouraging people to vote… by the actual parties, but also groups that support.” Now that a large portion of workplaces and schools are virtual, and technology has become more necessary on a day to day basis, there is more opportunity for widespread outreach and encouragement.

In terms of mail-in voting, Henry-Mitchell went on to say that they feel comfortable with how the voting process is working in Washington, saying that “Washington has been doing mail in voting for so long. I think if I were in a state where that was new this year I would definitely be worried about the steps that are being taken to mess with that system.”

Annie Wright senior Nelson Athow, a new voter in Washington this year, also feels confident in the COVID-19 voting system, remarking that “in terms of the casting of my ballot I don’t have any concerns. I’m already registered and I should be getting mail in time for the vote; and if for some reason that gets lost it shouldn’t be a problem for me to vote in person if that’s necessary.”

Regarding COVID-19 policies, Henry Mitchell mentioned that “it’s been a little lighter on policy [this year,] and more about trashing each other. I think it would be a much more worthy use of time if they were talking about their policies.”

Borus and Smith gave advice to first time voters to look at the propositions that could change parts of your city’s systems for taxing or education.

“Pay attention to your local election,” said Smith. “Those are the things I think are easier to affect change, so look at who your representatives are. Look at who the circuit judges that are up for election in your area are.”