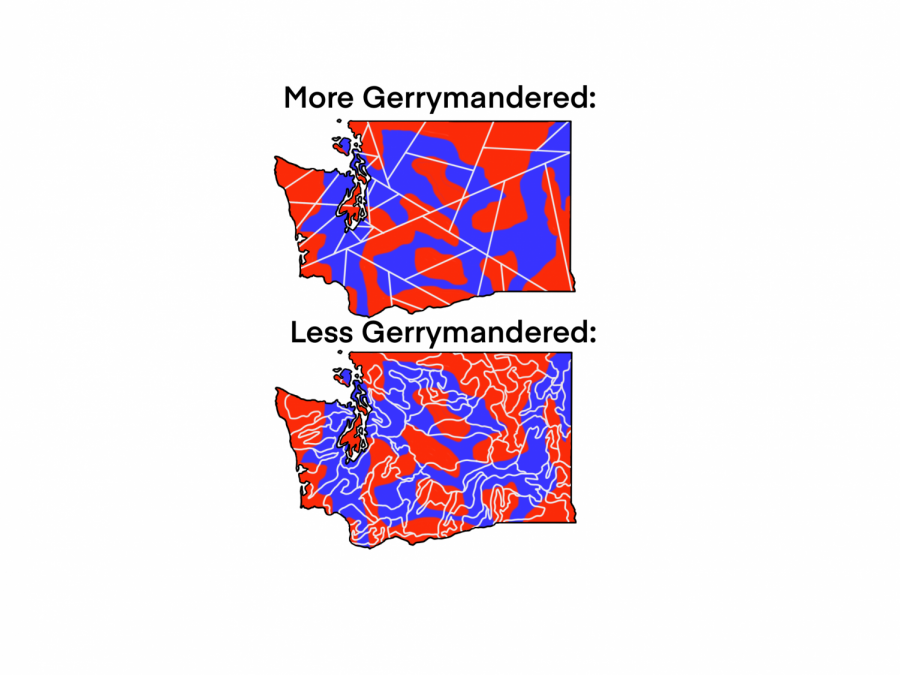 Gerrymandering: The Looming Threat to Our Political Integrity

As the 2020 elections grow increasingly near, one aspect of voting is often brought up. Election hacking. However, something that is not as often talked about, might pose a much larger threat to the sanctity of our voting system. That thing is gerrymandering.

The basic premise of gerrymandering is to control where voters are located in districts, so when the election comes, one side has an advantage in the number of districts won. This strategy of unfairly portraying the voter population has been around for a long time, and continues to haunt us today.

Inkwell talked with Dr. Terry Babcock-Lumish, founder of Islay Consulting LLC (a company focusing on policymaking and political consulting) and Executive Secretary of the Harry S. Truman Scholarship Foundation, about the threat posed by gerrymandering.

Inkwell: What is the basic premise of gerrymandering?

Babcock-Lumish: “We read a great deal about gerrymandering along Republican and Democratic political party lines today, but it’s nothing new! As far back as 1812, Massachusetts Governor Elbridge Gerry and his Democratic-Republican colleagues redrew the local district lines in a way that squeezed opposing Federalist party voters into only a handful of curiously shaped precincts.”

“The manipulated state electoral map looked ridiculous, and yet, became the law of the land. Rather than resembling reasonable political geography, the new district lines resembled a salamander, hence the Federalist newspaper at the time coining the term “Gerrymander.””

Inkwell: How common is it today?

Babcock-Lumish: “Too common! Elections matter on the local, state, and federal levels alike. However, to look at just our U.S. Congressional districts as an example, very few of them are truly competitive any given autumn. Consequently, it is often the primary that indicates, more often than not, the outcome in November.”

Inkwell: From your sense, how many American citizens are aware of gerrymandering happening around them?

Babcock-Lumish: “We political junkies have discussed this for many election cycles. However, I think voters learned more about the practice in 2017, when the Supreme Court ruled in Gill v. Whitford that gerrymandering is not unconstitutional.”

“Increasingly, polling data indicates that Americans don’t feel that their voices and votes are being adequately reflected or protected. On a purely anecdotal level, I recall many of my students, preparing to vote for the first time in the 2018 cycle, were very upset by the Supreme Court ruling. For them, it was the first time they realized there were structural inequities in American voting. What I also appreciated was that instead of simply complaining, many got involved.”

Inkwell: How big of an impact does it really have on elections?

Inkwell: How worried should people be?

Inkwell: How can we try to reform the way we draw out districts to minimize gerrymandering? What type of redistricting committee is the fairest?

Babcock-Lumish: “Redistricting is the process by which each state redraws political lines to balance the population among districts. In many states, these new maps are drawn by the state legislatures, but this can introduce partisanship, depending on which party holds power. Consequently, many states have independent and bipartisan commissions draw the maps instead.”

Inkwell: How can voters have an impact on this?

Babcock-Lumish: “One of the best things a concerned voter can do to remedy this is, for starters, to participate in the U.S. Census because redistricting is directly informed by it. If you’re not participating in the Census, you’re not being counted. Making sure your voice is heard and represented begins with having an accurate snapshot of our country every ten years. Then, if one is concerned about the actual redistricting policy specifically, get involved!”

Dr. Babcock Lumish also mentioned the RedMap project, a GOP initiative to control swing states in the favor of Republicans via gerrymandering. The project relies on advanced mapping softwares to precisely determine and draw out the district lines in favor of Republican officials. In 2018, RedMap saw the Supreme Court in Gill vs. Whitford, a case which sought to prove that this kind of gerrymandering was illegal.